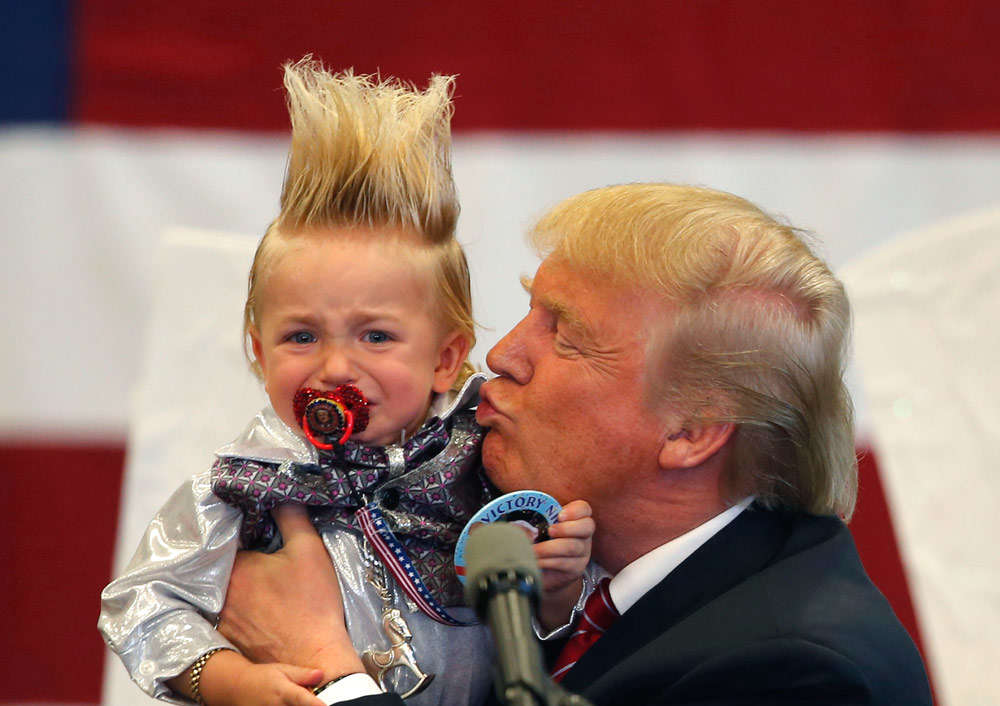 Money, Power, No Respect: How Trump’s Privilege Hurts our Children.

Erratic, cynical and out-of-control are just a few of the words that come to mind when I think about Donald Trump’s presidential campaign.  Negative race relations are at an all-time high, so it is terrifying to potentially have someone this transparent about his prejudice and disdain for several minority and religious groups serve as President of the United States.

Like many other adults on both side of the campaign, I often wonder about the impression Trump leaves on our children and how they will be impacted if he is elected into office.

I felt especially unsettled following Trump’s most recent question to black voters, “What do you have to lose?”  As Trump recently said in his attempt to appeal to black voters:

“You’re living in poverty. Your schools are no good, you have no jobs, 58 percent of your youth are unemployed, what the hell do you have to lose?”

The trail of controversy and outrage associated with Trump’s campaign makes me even more frustrated and fearful about the impact it has on our children.

“This is all in addition to how he treats people – the insults he has thrown at his opponents and their families like a schoolyard bully. If you did this in the workplace you would be fired; if you were a teacher and said in the classroom what Trump says in debates and speeches, you would be gone the next day; if you attempted to run for president of the United States as Trump has you would be laughed off the stage, in almost any other year.

OK, we get the weak Republican field. OK, we get the celebrity culture we are now in today. OK, we understand the allure of fame and fortune and even bluster.”

What does this teach our kids?

I have come to the conclusion that in addition to hate, Trump’s campaign perpetuates the unfortunate reality that money, power, and privilege can position you as a serious candidate in the 2016 presidential election. In other words, privilege reigns and hard work is a lie! And for a child, especially one who is not privileged, Trump’s message is a dangerous one.

If all your life you are told over and over again that hard work and character trump (no pun intended) struggle, then how do you make sense of Trump’s hateful rhetoric and the fact that he has been given a legitimate shot at being the leader of this country? This is the same country that created the American Dream, that gives everybody hope that they can achieve success and prosperity through hard work.

Barack Obama represents unparalleled strength and hard work, because the idea of a black man being President of the U.S. was one that seemed impossible for a very long time.

For most people of color, Barack Obama represents hope. Donald Trump represents the power of privilege and how it can be used to hurt others without consequences. And for marginalized groups in particular, this message is a dangerous one.

Throughout the history of oppression, hope is what has kept most minority groups going and motivated our children. All our lives we are told work pays off, but the reality is that more often than not it is privilege that affords you opportunities, not hard work.

A report conducted by Southern Poverty Law Center, The Trump Effect, solicited 5,000 comments from K-12 educators nationwide, and at least 1,000 comments mentioned Trump as a factor that riled up racial and religious tension on campus. One respondent with a self-identified classroom that’s “50 percent Hispanic” stated that just Trump’s name alone was enough to “derail a class” with many students fearing that they would be “kicked out of the country.”

Teachers and parents alike are left to consider the implications of both addressing Trump’s rhetoric or avoiding it all together. The report also states:

“The biggest curriculum challenge is figuring what, whether or how to teach about the election. In most presidential election years, students from kindergarten to high school get some exposure to the process and the candidates. But it’s different this year.”

“Think we’re in for a disastrous four years if Donald Trump is elected president? You’re being optimistic. Given what some of our children are learning from him, it may take an entire generation to recover from the hateful rhetoric he has aimed at immigrants, Muslims and Blacks Lives Matter protesters.”

How can we educate and empower our children?

We are the protectors of our children. Whether you’re black, white, Native American, Latino, Muslim, or Asian, it is crucial that we have these conversations with our youths to help them process these messages of hatred.
Kimberly Harrington offers some amusing, yet thoughtful suggestions on her blog How to Talk to Your Kids About Donald Trump that I encourage you to read if you want to get started on the process.

← How one local high school is working to strengthen its relationship within the community.
Bring the Energy of Protest into Policy →